The release is an awesome upgrade on the previous version of the worlds most popular e-learning tool. Building on the success of Moodle 3.4, the major improvements of Moodle 3.5 are GDPR compliance and a focus on improving usability.

What new features does Moodle 3.5 have?

Moodle 3.5 has improved functionalities. For example, core Moodle now has the features that make it easier to comply with the new regulations. It adheres to the data privacy regulations put in place in Europe under GDPR. The new changes include report of which plugin on your Moodle site are not GDPR compliant. Under the GDPR guidelines, plugins will have no option than to implement these features and report what user information they are storing.

Does your e-learning site use a question bank? If yes, then you understand the importance of tagging questions. The new Moodle 3.5 release expands this functionality allowing you to tag questions and filter by these tags when adding questions to quizzes. Thanks to the Moodle User Association (MUA)  for this particular set of changes.

Watch the overview video of these changes below.

Or you can see the full playlist of new features here.

Moodle 3.5’s UX team has played a crucial role in these developments.

The team has implemented Bootstrap v4 (previous versions used an alpha release of Bootstrap v4) in this new version of Moodle. This way, they will have laid the groundwork and foundation needed to make further UI / UX improvements moving forward. Initially, the user experience improvements will put more focus on Moodle 3.5’s dashboard.

Ask us for a demo if you’re a new client who wants to learn more about Moodle 3.5.

Existing clients can contact us to ask for an upgrade of their previous installation. 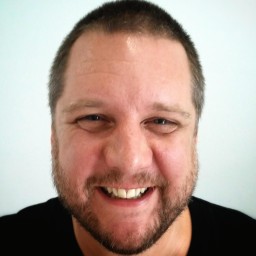 What makes a modern LMS? The 4 factors that make your LMS fit for the future

Please log in again. The login page will open in a new tab. After logging in you can close it and return to this page.